…a person who has spent a significant part of his or her developmental years outside the parents’ culture. The TCK frequently builds relationships to all of the cultures, while not having full ownership in any(13).

Cross-cultural experiences in the lives of MKs can lead to a rich, successful, and fulfilling life. However, these experiences can also lead to a life full of bitterness and unresolved grief in a troublesome quest to find one’s identity. Growing up in a mixture of cultures can complicate the MK’s quest for this answer.

Since personal culture is developed within the home, how is home defined when it constantly changes, and what affects does the change have on MKs? While it may be exciting to move to another culture, there is much loss, and not just on the first move. Moving back to the passport country after spending many years away also comes with loss. If the loss is not dealt with in a healthy way, MKs may suffer from unresolved gr ief. Pollock and Reken discovered that, for TCKs,

The biggest problem is unresolved grief. Grief that is not dealt with directly emerges in some way—in forms that are destructive and that can last a lifetime. That’s ‘bad grief,’ and it needs attention and resolution (83).

Parents and mission agencies must help their MKs deal with grief in a healthy way so that unresolved grief does not affect the development of personal identity. For a MK, home may change many times during childhood. Once integrated into a new culture, the new culture may become home. Some MKs still consider their passport culture home, yet they may feel lost when returning to their passport culture after spending time developing in a foreign culture. It is not hard to see why the concept of home can become complicated for MKs and how this can lead to challenges in the quest for identity.

Jeffrey F. Keuss, PhD professor and associate dean of Seattle Pacific University, and Professor Rob Willett believe MKs should move beyond an identity grounded in culture to an identity founded first within the doctrine of the Imago Dei—the Image of God. In an article titled The Sacredly Mobile Adolescent, Keuss and Willett have created a potentially helpful label for MKs called the sacredly mobile adolescent. This label establishes identity within the doctrine of the Imago Dei. They argue that when identity is understood in this manner, the transcendent rather than the physical cultural context, MKs can find greater purpose and security when dealing with the challenges of mobility. Rather than fixing their identity on culture, they find their identity in Christ. A MK that truly finds their identity in Christ is able to view the world with a missional mindset because they understand their role as being incarnational, as was Christ, in order to fulfill a higher purpose in being God’s ambassador to a lost world.

Sacredly mobile adolescents see the integration process as the incarnational means to bringing a message of hope to the world. This mindset also helps when the time comes to relocate because “sacredly mobile adolescents exemplify a new breed of youth that rather than fearing change can embrace change as normative within God’s economy” (22). Grief then is managed easier because the MK treasures their sacredly mobile role in taking the gospel to the nations. Keuss and Willett write,

Thinking of these young people as ‘sacredly mobile’ will help us challenge cultural fixity as the primary determinate of healthy and robust identity formation and replace it with the centrality of Imago Dei as the signifier to which the sign of youth should reference in both word and deed (23).

Parents can help their MK understand who they are according to Jesus Christ through regular discipleship in the home and a gospel-centered lifestyle that teaches children, 1. the benefits of grounding their identity in CHRIST, and 2. that our home is ETERNAL. In order for the message to take root, parents must clearly articulate the family’s divine calling to another culture in such a way that the MKs understand they too are missionaries. MKs are not simply missionary kids because they are kids of missionaries, they are truly missionaries themselves, and the mobility that comes with this divine assignment is sacred.

Parents then must exemplify the gospel of grace they are proclaiming within the temporary homes they occupy. The faith being proclaimed in a foreign culture must also be lived out in the temporary homes of missionary families. Any disconnect between the two can lead to a false understanding of God and potential doubt in the minds of MKs. 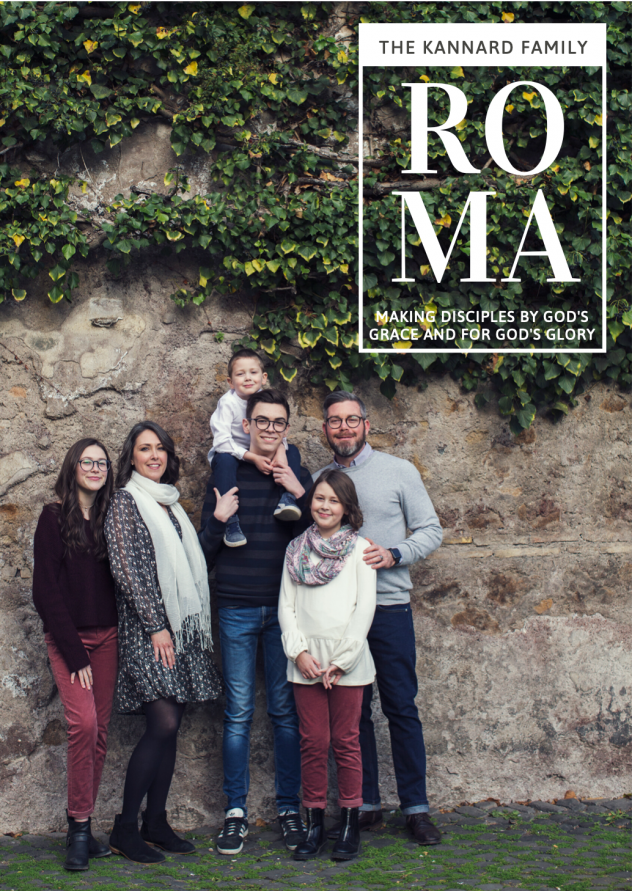